Being a southerner is one of the strongest regional identities someone can have in the US. I’m not saying it has the global notoriety of ,say, being a “New Yorker,”  but when someone says “I’m from the south,” people’s wheels immediately begin turning – there are a million southern stereotypes. We’ve all heard people say stuff like “everyone in the south is so nice,” or “there are a lot of rednecks down south.” Here’s one I get: “oh you’re from the south, I know you can cook. ” How about “people from the south are kind of dumb” – that one gets thrown around a lot, especially when people reference southern politics, but I digress. You get the point, like I said, there are many many stereotypes, and like most stereotypes these contain a little bit of truth and a little bit of embellishment. So, where am I going with this, by the time you finish reading this you will probably say this was way too much of a lead up, but it’s more fun this way. Just ask my man, who listens to me ramble on a daily.

When people find out I’m from South Carolina, without fail they say “ You’re from the south? Where’s your accent.” Sometimes I wonder the answer to that question myself, and actually I think if you met me there would be very little detectable southerner in me. Completely unintentional on my part, but I think that’s why I have never really identified as a southerner, I don’t even really feel like one. But there are these random times when it sneaks up on me. Like last night for instance, out of nowhere I had a craving for a fried bologna sandwich – none of that all-beef highbrow bologna either, I’m talking about some thick sliced all-meat bologna. So you know what I did today… I had a fried bologna sandwich. Check it out: 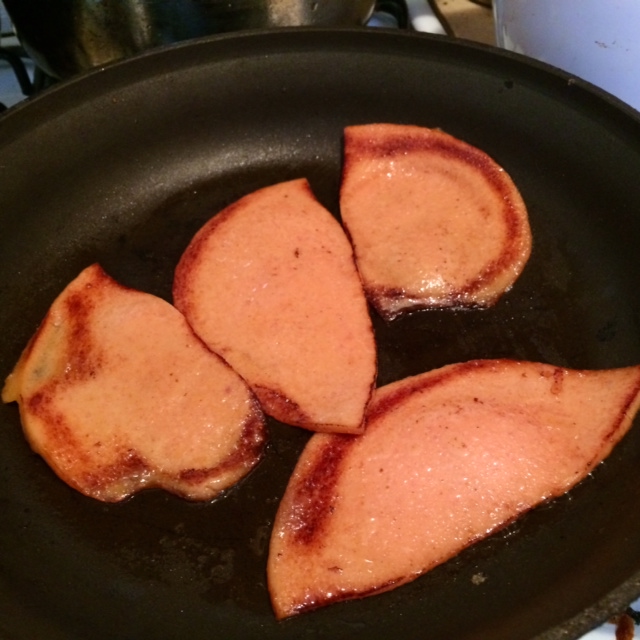 A lot of lead up for a bologna sandwich, I apologize. But I guess, I just wanted a creative, light, way to make an important point – You should feed even the quietest parts of your soul :) Happy Thursday!

Check out my galleries